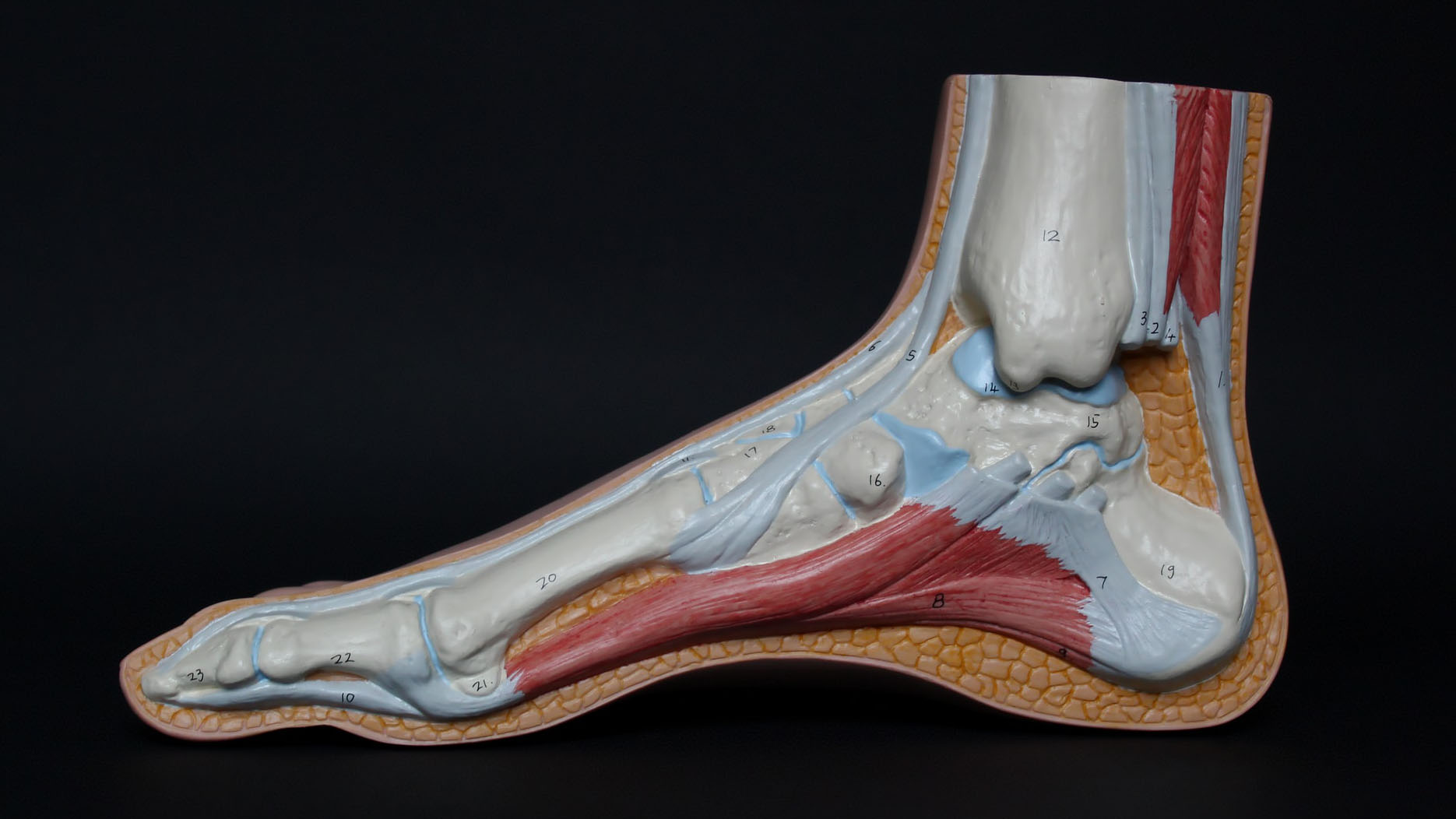 We have to evolve. Dr. Irene Davis, a renowned researcher in biomechanics, made this statement. She added that we, particularly as runners and athletes, must progress from our typical thoughts about training, which have seemingly remained stagnant for some time in an endless cycle of ritual.  In much the same way, our beliefs and practices in orthotics and modern day footwear have to progress.

Dr. Davis began her career working with quadriplegics, specifically in the study of spinal cord injury.  As she dove deeper into the world of biomechanics and rehabilitation, she asked a critical question. For the whole human body the goal of treatment seems to be to remove or avoid supportive braces and promote movement. Why does the common form of treatment of the foot appear to be the exact opposite? Our thoughts exactly.

Evolution of the Foot

Humans have been walking and running since the dawn of our existence.  In other words, we have been practicing for tens of thousands of years!  We have evolved to have two feet, each with 26 bones, 33 joints and 4 layers of muscles in the arch alone to provide a stable foundation to move through our environment. It does not stop there.

We have even developed our very own cushion at the heel that can dissipate forces from the ground when we walk or run and a locking mechanism on the outside of the foot that creates rigidity so we can propel forward.  Our big toes are big for a reason.  Their structure allows us to fully extend off the foot, tension lines of connective tissue, and bring us to our next step with little or no effort.  The combination of those movements with force and gravity, better known as the Windlass Mechanism, is proof that our feet have developed to hold their own.

Immobilizing of the Foot

We all must ask ourselves an important question. With all the beauty, complexity and function of our feet, why is the first line of defense to place it in a rigid, immobile brace?

Admittedly, my career began mostly with the prescription and production of foot orthotics. I was blessed to work in 2 different orthotic labs.  This created the environment that sparked my passion to question what was truly happening when we braced the foot. At the time, we thought we were doing the best we could with what we had.

So what did I conclude?  We were messing things up.  A lot.

Weakening of the Foot

In hindsight, by constantly preventing the foot from adapting to our natural environment, and not promoting true function, the foot was naturally getting weak.  Potentially more weak than before we prescribed the orthotic in the first place. It also seemed that our industry had developed a standard that with all of the endless ways and angles the foot could move, only one degree and one variation was best for everyone: “neutral”.

Every Foot Is Different

Well, we now know that’s impossible. For starters, there are many different anatomical differences in each individual foot. Your foot tells the story of how you have lived your life. The variations can be significant, ranging from completely different architecture of the subtalar joint to different degrees of freedom at each joint. Oh and that foot position we were trying to correct everyone out of? Turns out most people stand in mild to moderate pronation and that’s okay!

The proper Role of Orthotics

With all of this being said, the goal is not to bash or condemn the orthotic industry. In fact, we support the appropriate usage of the devices when deemed necessary. But what if we started looking at these devices as load modifiers instead of arch supports?

If we scour the literature that supports the usage of foot orthotics we may potentially realize why this question makes complete sense. Plantar fasciitis, for example, is an extremely common diagnosis. Studies show that it improves with orthotic therapy, but (here’s the kicker) for a duration of 2 weeks up to a year. Many of our patients were prescribed a foot orthotic for plantar fasciitis but remained in said orthotic for years, or even decades. We would not brace any other part of our body for this amount of time. We have somehow come to the conclusion that the connective tissue, joints, ligaments, and muscles of the foot play by a different set of physiological laws than the same tissues elsewhere.

Posterior tibialis tendonitis is another condition we see that improves by the use of an orthotic, such as a rigid ankle brace.  As the brace limits movement and stabilizes the ankle, it promotes an environment for tissue healing.  From there a CMO (custom molded orthosis) can help those with continued hypermobility. But, what would make this treatment even better? Active strengthening of the foot intrinsics and plantar flexors.  Once the tissue has calmed down, exercising these muscles and increasing mobility can improve the capacity of the foot. Active strengthening will also limit the likelihood of such a condition from happening again. This treatment paired with the ultimate goal of not needing the orthotic to function, would be the most beneficial for the patient.

education is key to giving feet a chance

Orthotics are not bad. Yes, read that again. Understanding when to use them, why we are using them, and most importantly, how to go about removing them are all topics that must be addressed, researched, and challenged. Clinicians then have a responsibility to educate their clients on these topics.

Over the course of thousands of years, we have built within us a foot structure that has been designed to support our bodies, in all environments. A structure that is designed to move, twist, roll, adapt, flatten, stiffen, spring, and everything in between. Let’s continue to evolve. Challenge the standard.  Ask questions.  And most importantly, give feet a chance.